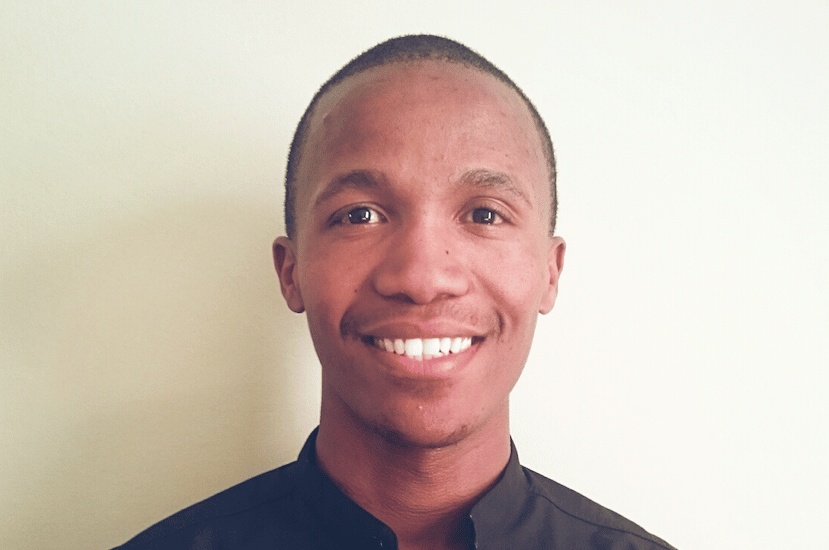 The Graduate of the Year (GOTY) competition held worldwide by Adzuna has chosen a finalist for each country that the company operates in. This year’s finalist from South Africa is Myric September, a graduate from the Central University of Technology.

Born into a very poor area in De Aar in South Africa’s Northern Cape province, Myric is a success IT entrepreneur and businessman in the making. He progressed well through school, starting a sweets-selling business and achieving the position of deputy headboy.

Myric is an exemplary student, having passed all his subjects with distinction. His Bachelor of Technology Degree in Information Technology (Software) has set him up with a rare education and skill in South Africa.

His programs to date include an Android application for journalism students to publish their writing, as well as a hotel management system developed in C#. He currently runs a tutoring business to undergraduate students. He describes himself as an analytical individual and wishes to teach others in the software field. To this end, he has also completed an instructor’s course.

Outside of his studies and work time, Myric enjoys reading, volleyball and participating in athletics. His goal is to one day run a successful international software company, starting in South Africa. His motto: “Average is not an option!”

What impressed us at Adzuna?

Myric speaks English and Afrikaans fluently. His results at college have earned him a first position among all the students in his first, second and third years, and an 88% academic average in 2015. He is the best senior student and the best student in the Faculty of Engineering and Information Technology. All his results are above 77% and they regularly appear above the 90% mark, which earned him the nickname among his peers: “The 99% guy”.

However, the most impressive is Myric’s ability to stay a top student and get involved in the business arena. This is one name you’ll want to follow in South Africa’s upcoming tech scene!

We now wish Myric all the best going into the international competition – results coming soon!

September 21, 2016 By Jesse Green
Tagged under: Graduate of the Year.