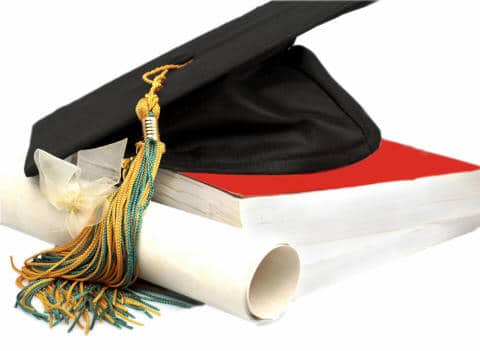 The Universities Ranking by Academic Performance (URAP) program, a division of the Informatics Institute of Middle East Technical University, was established in 2009 and aims to rank the world’s universities based on the quality and quantity of their scholarly publications.

Having ranked over 2,500 institutes across the world, URAP is able to identify the best places to study. URAP also looks at a university’s scientific productivity along with its international reputation.

In this post we’ll be taking a closer look at how South African universities ranked in this year’s URAP report, essentially giving you the information you’ll need to make a solid, informed call when it comes to picking which university you choose to continue your studies with after matric.

The University of Cape Town

The University of Cape Town came out on top of the URAP rankings by country, scoring the 229th place in the world ranking. When compared to international universities, UCT dropped three places in this year’s rankings. UCT is listed as SA’s best local higher-education institute, but as far as math and science programs go, it’s not SA’s best.

The University of Witwatersrand

Coming in at SA’s second best university, WITS scored a rank of 317th on the world rankings list. According to URAP, WITS is the best university in South Africa where undergrads can study mathematics.

The University of KwaZulu-Natal

According to URAP stats, the University of KwaZulu-Natal comes in as South Africa’s third-best higher-education institute, with a rank of 349th on the world rank. For its physical science and engineering programs, the UKZN comes in on top in SA. Made up out of four different colleges, the UKZN has specialized colleges for Science, Health Science, Engineering, and Agriculture.

The University of the Western Cape

If you’re considering the idea of attending Stellies, you’ll be happy to know that it ranked 4th in the South African tier of the URAP rankings and made it to the world spot of 421th. Stellenbosch University dropped roughly 13 positions when it was compared to global tertiary education institutes, but being a public research university, Stellenbosch – which opened its doors in 1918 – is one of South Africa’s oldest tertiary institutes of its kind.

The University of Pretoria

TUKS made it to the 5th place in the South African rankings of this year’s URAP reports, and internationally it took the 459th spot. It’s one of South Africa’s best universities for studying mechanical engineering as well as information sciences. When compared to other South African institutes, TUKS also takes the crown for its computing science and economics programs.

The University of Johannesburg

UJ ranked number 7 as far as the South African URAP ranks were concerned, and when looking at the global chart, it scored 655th place. Formed back in 2005, the University of Johannesburg is home to over 50,000 students, including the likes of more than 3,000 international students.

NWU came in neck-on-neck with the University of Johannesburg, scoring an 8th place in South Africa’s URAP rankings. According to the global data, the North West University made it to 808th place. Being one of South Africa’s largest universities, NWU spans across three campuses located in Vanderbijlpark, Mahikeng, and Potchefstroom, which accommodates more than 64,000 students.

Having scored an international 997th spot and the 9th spot in the South African leg of the URAP rankings, Rhodes University is yet another top-tier tertiary institute. The university is based in Grahamstown and facilitates roughly 8,000 students.

University of the Free State

Taking the 11th spot of the local URAP rankings for South Africa, the University of the Free State came in at 1094th in the world rankings for tertiary institutions. This university is best known for its excellent sports amenities which cover more than 20 sports. It is also home to a student center and radio station

Now that you know a little more about South Africa’s best universities, where and when will you start pursuing your higher education?

Data professionals in high demand: Here are the best roles to consider!

How to enhance your CV to land your first job